Posted at 06:49h in Regenerative Medicine by admin 0 Comments
Share 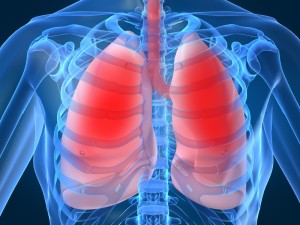 Chronic Obstructive Pulmonary Disease (COPD) is a relatively common yet a very debilitating disease that has been causing 3 million deaths annually. Although the main cause is still unknown, smoking is often thought to be the main culprit of the disease.

COPD is a condition in which the lungs are damaged and the patient suffers from bronchial spasm and excess production of mucus that blocks airways and makes it difficult to breathe. Moreover, the air sacs where oxygen and carbon dioxide are exchanged become flaccid and lose their elasticity. This results in untold suffering and often a slow death.

COPD has a few treatments that reduce suffering and gradually improve the quality of life but it has no cure known till now. However, it was only recently in 2011 that researchers at Brigham and Women’s Hospital in Boston discovered the presence of stem cells in adult lungs. Until now, researchers believed that there were no stem cells in adult lungs but this shocking discovery turned the traditional belief on its head.

How do Stem Cells Work?

Stems cells are cells in the body that have three main characteristics:

Stem cells are usually obtained from a four to five day old embryo called blastocyst. These are usually left-overs from an in vitro fertilization. Stem cells are also found in adult bodies. However, they stay dormant in the adult body and only become active in case of injury or illness. Due to these characteristics and ability to divide and renew themselves, stem cells have been used for healing and regenerating damaged tissue.

The discovery of stem cells in the lungs opened the door to new possibilities of treatments or even a cure for COPD. It is believed that stem cells can differentiate themselves and form into different parts of the lungs including the alveoli and small airways. Because of their cell division and cell regeneration property, they can even repair and heal damaged tissues of the lungs and even trigger natural repair. This was further studied on mice. When mice were injected with stem cells for treatment of their surgically damaged lungs, it led to formation of new lung structures. The tissue created by stem cells supported mice’s own lung tissues.

Since the presence of stem cells in the lungs has only been discovered recently, there is no legal stem cell therapy for COPD available at this moment. However, this discovery is further being studied in the hope to bring some new evidences and practicalities of performing the stem cell therapy without taking any major risk.

Aspects of Cell Manipulation with Stem Cell Therapy for COPD

In order to bring about positive and noticeable results, millions of stem cells have to be transplanted. Such a huge amount of stem cells is difficult to generate naturally and so, scientists must manipulate them in some way to produce larger quantities. Physician First Choice has a method of expanding the human cells with its stem cell therapy program in Mexico.

Call (888) 988-0515 for more information and scheduling today for stem cell treatment for COPD!